A mash up of theatre and music video – interweaving beats, drama, poetry, animation, visuals and original music. We follow the journey of six characters as they navigate their way through the tactile highs and lows of young adulthood. 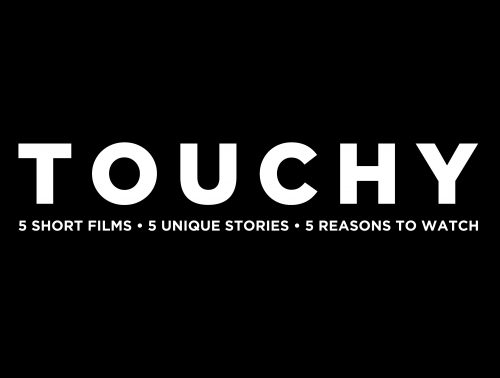 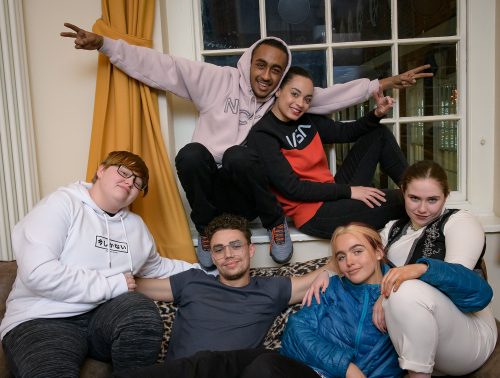 Jazz’s Story is a tender and uplifting R’n’B love story exploring public displays of affection in a same sex relationship.

There is a detailed breakdown of what story Jazz tells at the end of this page, please read it ahead of watching if you’d like some further information. 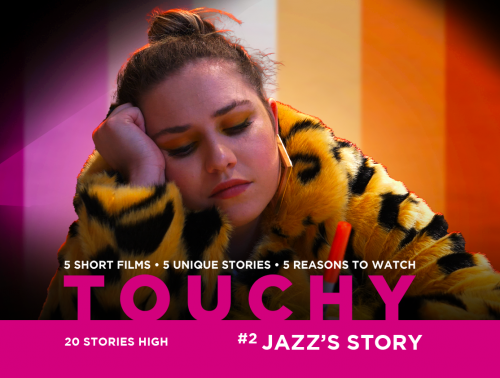 If you don’t want to watch this all at once, maybe consider watching the film a bit at a time. Jazz’s story is told through an R’n’B music video and is 7 minutes long in total. It’ll be available on YouTube and Instagram for the next few years at least. Do what feels right for you.

If you would like to know the content before you watch, so that there is nothing unexpected, you will find a full breakdown of the piece at the bottom of this document.

Remember it is your choice:

Remember it is your choice to watch this film – you are in the driving seat. There should never be any pressure to do otherwise. You are in control, even if you might not feel it. If you are feeling overwhelmed at any point, turn the film off and try some grounding techniques.

If you become triggered, breathing is a great way to bring yourself back into a state of calm, lower your heart rate and create space in your brain to start thinking things through at an easier pace. Try breathing in for four seconds, holding your breath for four seconds, exhaling for four seconds and holding again. Repeat this for as long as you need until your breath feels in control again. Lots of mobiles and smart watches offer apps which can help you with this.

If you notice that you have become overwhelmed – and the techniques suggested here or techniques that usually bring you calm have not this time – then you recognise that and consider getting professional support. See the bottom of this document for helplines and organisations who can help. 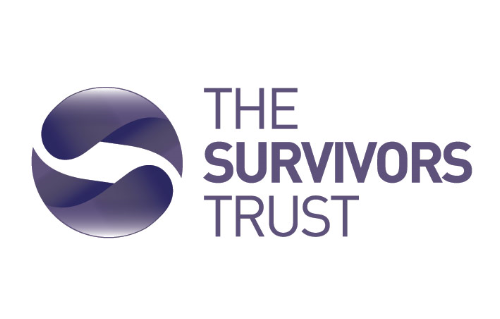 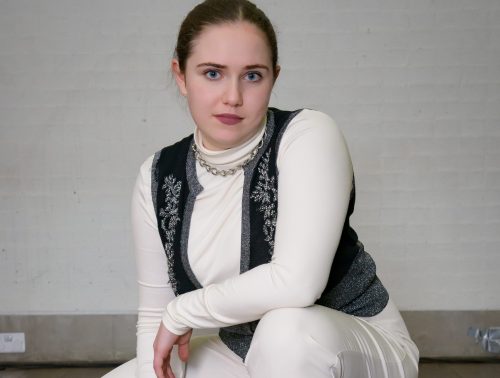 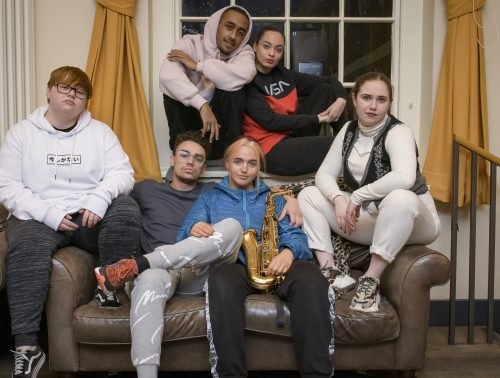 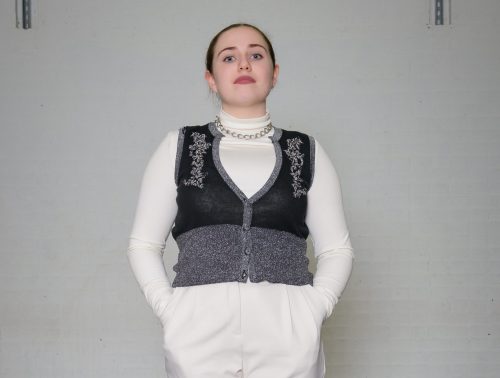 Synopsis of the Film: Jazz’s story

Jazz’s story is told through a duet in a R’n’B music video. It explores public displays of affection in a same sex relationship.

We start with Jazz sat in a park. The scenes cut between the park and her room – her creative space. She sings about needing her girlfriend’s touch, the small signs of affection that display their love in public. She sings about wanting to escape ‘unwanted attention’ but also the desire to be physically close and connected – a sign of love.

The chorus recites Jazz’s need, and want, to be touched. She sings about how this public display of affection makes Jazz feel loved and needed.

Jazz continues to explore their relationship and asks, ‘am I a phase?’, she sings about how her partners’ family assume that she is straight. Jazz recognises that this is a sensitive topic – she does not want to take over her partners ‘space’ to come out to her own family. Jazz questions about slowing the tempo.

We return to the chorus (as above), and Jazz ends her verses by asking her partner to ‘Touch me, reciprocate the feeling’. Jazz knows that her partner wants to.

The second part of the song is sang by Cat, responding to Jazz. We don’t see Cat – just a shadow of her. She asks ‘why do we live dangerously?’ and replies to Jazz by saying she cares about being affectionate in public with her because people stare. Cat sings about feeling euphoric when they do show their love in public. She reworks Jazz’s chorus, appreciating that Jazz led the way and she now feels at ease. At this point, we see Jazz’s shadow enter Cat’s space. They embrace, and dance and show affection.

Cat’s verse finishes with a repetition of her request to compromise and take time for them to find their own way.

The music video finishes with a dedication to all the women who are navigating same-sex romantic touch in public spaces. It reminds us that we have time to reach out our hands, to understand one another. It recognises the generational ‘radicalness’ of same-sex couples showing affection in public spaces. The song finishes by reflecting on Cat’s final request – to take time and learn how to give, receive, and support public displays of affection in same-sex relationships.

For more information about gender, sexuality and LGBTQIA+ identities, please read our full Self Care Toolkit available via the link below.