Our BBC/Contact/Battersea Arts Centre co production “I TOLD MY MUM I WAS GOING ON A R.E. TRIP…” continues to reach far and wide, beyond our telly screens.

Our verbatim theatre show about young people’s thoughts and experiences of abortion was adapted for TV in 2018, since then it has played at Hot Docs international documentary festival in Toronto.

And this week we are proud to announce that UK audiences can watch it at the Luton Filmstock Festival (Fri Nov 22nd, 2:30 pm/Sat 23rd 12.45pm) which will be followed by a discussion from writer Julia Samuels.

Also news just in that there is a further life for the film as we are also working in partnership with Torch Films which will take the doc to universities and colleges across the US, Canada and Australia.

Julia says “We are so excited that the film is continuing to reach audiences around the country – and around the world. The aim of the project was to have a conversation about an experience which is very common but highly stigmatised. It’s fantastic to be programmed in such a range of festivals and opening up that conversation with such diverse audiences.” 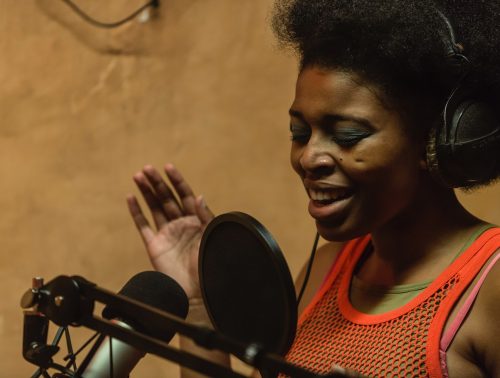