Future Collective, our Youth Advisory Board, with the team from exciting political theatre company Common Wealth, have been contributing their thoughts and opinions to Civil Society Futures, a national conversation about how English society can flourish in a fast changing world.

Feedback from across the UK will be put into a toolkit that will be shared with the British Youth Parliament and UK Parliament.

From being a Scouser, to life after Brexit, what are young people in Liverpool’s hopes and fears for the future?

Chris Maylor, a member of 20 Stories High Young Actors Company wrote a blog about his experiences. Here’s what he had to say…

We’ve just had a workshop for young people to discuss our hopes and fears for the future of Liverpool.

Firstly we discussed what Liverpool meant to us.

One thing that really stuck out was our proudness of being Scousers, we feel like a different breed, a country on our own cut off from the rest of the nation. This mainly stems from how we have been treated by the Tory government after the blitz in the Second World War, which left the city in ruin.

In the Thatcher years Liverpool docks were closed and the city was almost written off with absolutely no funding from the government. This created huge ghettos in the city with mass amounts of poverty culminating in the Toxteth riots in 1981. After the riots, Liverpool gained itself a reputation of being a den of thieves.

Scousers are like marmite, introducing yourself to a person from another city can be met with one of two responses – one an uneducated prejudice such as:

“There’s a scouser there, grab your bags!”

Or the other, a warm kind response:

Once you are within the city you realise how wrong the prejudices are: try and talk to someone at a bus stop in London. It’s not going to happen.

From what we discussed in the workshop it was clear that young people are afraid of their future. This fear stems from an education system that is failing to equip them with the necessary life skills they need to be confident in becoming successful. Police cuts, social media and lack of mental health services are causing a massive void in society which leads young people into a hopeless life of crime, this is prominent in Liverpool but we are fairly sure this is happening across the country.

Here in Liverpool it feel to me personally that the government never really hear or listen to us but our sense of community here is very strong. Having been ignored by the government we tend to look after ourselves quite well. In 2008 Liverpool was awarded European Capital of Culture, leading to millions in funding from the European Union to create new buildings and revamp the entire city. This brought a lot of hope to the youth of Liverpool and culminated in great charities like 20 Stories High which I am so proud to be a part of. My personal fear for Liverpool’s future is that after we leave the European Union there may be deep cuts in the funding for Liverpool from a Tory government.

On the whole Scousers are avid Labour supporters. It’s the sense of community we have, our creative industries are strong and there are 1000s of independent businesses and charities here. We believe that with a Labour government the hope for a better future will become a reality and all the fear and despair will finally start to decrease.

This blog was first published on the Civil Society Futures website in July 2018. 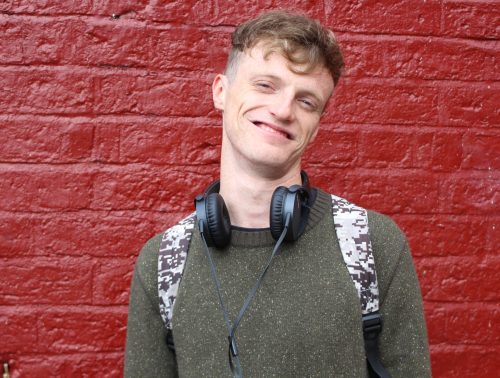